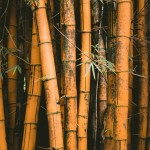 Mi 11 Ultra will go on open sale in India on July 15 at 12pm (noon) via Xiaomi’s website and Amazon. The flagship smartphone from Xiaomi was launched in April and has been on sale a couple of times since then.

Xiaomi’s Mi 11 Ultra is finally going on sale in India in limited quantities. The company had announced its latest flagship smartphone all the way back in March, but it’s been near-impossible to buy one outside of China ever since. … The Mi 11 Ultra itself starts at Rs. 69,999 (~$940) in India.

The Mi 11 Ultra itself starts at Rs. 69,999 (~$940) in India. Xiaomi hasn’t said how long the gift cards will be available for, how many phones it’ll make available for purchase, or when they’ll ship, but it’s describing the release as a “limited-quantity sale.”

Xiaomi’s key selling point for the Mi 11 Ultra over its (very good) non-ultra sibling is an all-new camera system. The main camera has a large 1/1.12-inch 50-megapixel sensor, and there are also 48-megapixel ultrawide and telephoto modules. All of this is housed in a gigantic camera bump complete with a secondary OLED screen that can serve as a viewfinder.

I’ve been using the Mi 11 Ultra for a while now — stay tuned for our review.

Xiaomi Mi 11 Ultra sale date has been announced. The Xiaomi flagship smartphone was launched earlier this year in India in April. The OnePlus 9 Pro competitor will hit the store shelves starting July 7 in India.

Xiaomi had previously said that the Mi 11 Ultra sale was delayed due to situations beyond its control. The company’s most expensive smartphone in India will finally go on sale starting July 7.

It competes against the likes of the Samsung Galaxy S21 Plus (Review), Vivo X60 Pro+ (Review), and the OnePlus 9 Pro (Review). Other alternatives from the iOS world include the iPhone 12 mini (Review) and the iPhone 12 (Review).

The Mi 11 Ultra’s USP is its camera system. It features a 50MP Samsung GN2 1/1.12-inch sensor, coupled with a 48MP ultrawide camera and a 48MP telephoto sensor with 5x optical zoom. The device also has a 1.1-inch secondary display next to the camera module on the back.